Salted Plums: A Memoir of Culture and Identity (Paperback) 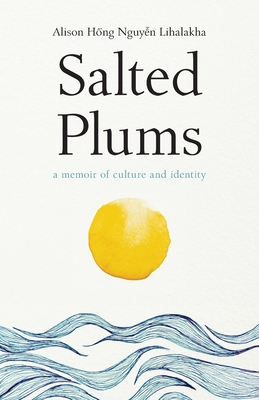 Salted Plums is a moving coming-of-age tale for anyone who has ever felt as if they don't belong.

Alison Hong Nguyen Lihalakha was just a small child when her family fled Vietnam during the fall of Saigon. From a refugee camp in Fort Chaffee, Arkansas, Alison's family settled in Panama City, Florida, where her father worked as a fisherman until his sudden death. Left to raise seven kids on her own, Alison's mother moved the family to Kansas to be near relatives. There, Alison found herself torn between her dual identities as both an immigrant and an American kid. She felt suffocated under her mother's strict expectations and began to reject anything Vietnamese. Quickly recognizing the disparity between her own home and the ones her mother cleaned for a living, Alison vowed to climb her way out of poverty and leave the life of an immigrant behind.

Daydreaming of grilled cheese sandwiches and faraway places, Alison initially failed to recognize the many sacrifices her parents made to build a life in America. But as she moved through her journey of self-discovery, eventually going off to college and forging her own future, Alison came to find happiness and self-acceptance in the foods and traditions she had suppressed in her youth-and in the shared kinship, from triumphs to tragedies, that bonds immigrants and refugees together.

In the tradition of coming-of-age memoirs such as Sigh, Gone and Stealing Buddha's Dinner, Salted Plums explores the nuances of race and culture for a young immigrant girl growing up while caught between two worlds.