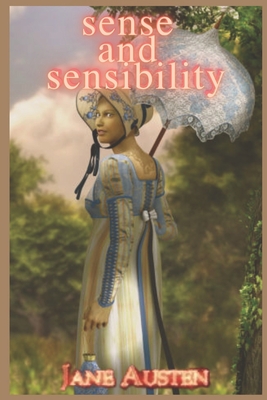 Sense and Sensibility is a novel that is best understood within the context of the era in which it was written. Austen lived in that period of English history when eighteenth century rationalism was giving way to the increasing popularity of nineteenth century romanticism, as typified by William Wordsworth and the Romantic poets. The open embrace and deliberate cultivation of sensibility-deep feelings and passionate emotions-were perhaps a natural reaction to the admiration of reserve and practicality that had typified the preceding decades.
Austen's novel, her first published work, offers a portrait of two sisters, Elinor and Marianne Dashwood, who embody the two qualities set forth in the title. Elinor, the elder of the two, is intelligent, loving, and wise enough to see the potential folly in failing to temper emotion with good sense. Marianne, although sharing many of these qualities, lacks her sister's wisdom; she is, as Austen describes her, "everything but prudent."

Marianne's insistence on giving her emotions free rein leads her into an unhappy romance with the fortune-hunting Willoughby when she mistakes his false expressions of sentiment for love. Although Marianne's own excessive displays of emotion spring from genuine feeling, they blind her to the realization that less fervently expressed emotions may also be heartfelt and true. Waiting patiently throughout the book is the quiet, steadfast Colonel Brandon, a man of deep but reserved feelings who loves Marianne and whose true worth she comes to recognize only after she is forced by her failed romance with Willoughby to reassess her views.
Elinor remains her sister's mainstay throughout her unhappy first love, assisting her toward maturity with patience and tenderness. She, too, is n love, with her selfish sister-in-law's brother, Edward Ferrars. Both are restrained in their expressions of their feelings, Elinor out of modesty and a sense of propriety and Edward because he is secretly and unhappily engaged to another woman favored by his snobbish mother. Yet adherence to principles of rational thought and good sense does not prevent Elinor from suffering greatly when she believes that her hopes of marrying Edward are impossible. Their eventual union is as happy and full of emotion as that of any two people in love.

Although her own sympathies are perhaps most closely aligned with those of Elinor, Austen writes with affection for both sisters and her message is one of compromise. She is careful to show that a balance of both heart and intellect is necessary for a full life-a blending of sense and sensibility that both Elinor and Marianne possess by the novel's close.