History of the Decline and Fall of the Roman Empire: Vol. 5 (Paperback) 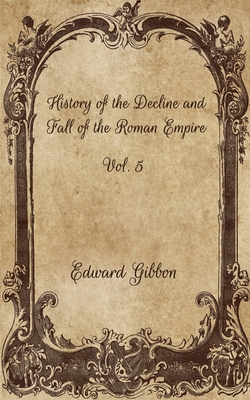 In this fifth of six volumes, readers will find Chapter 45 ("State of Italy Under the Lombards") through Chapter 51 ("Conquests by the Arabs"), which cover the reign of Justin II; the Lombards' conquest of Italy; the Franks' conquest of Italy; the reign of Tiberius II; the life of Gregory the Great; and the rules of Phocas and Heraclius; the development of Christianity in the Eastern Roman Empire and the councils of Ephesus, Chalcedon, and Nice; the Greek emperors of Constantinople; the rule of Charlemagne of France and the division of his empire upon his death; and the clash between the Arabs and the Eastern Roman Empire.