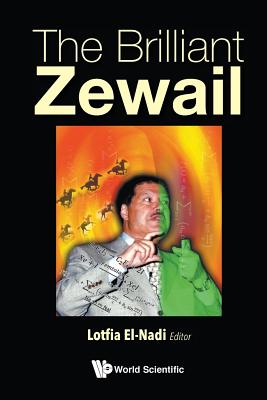 A book that enlightens the life of Ahmed H Zewail from his early childhood to his days at CalTech.

Born in Damanhur, Egypt, Ahmed H Zewail grew up with his family, studied at a local primary school and eventually graduated from Alexandria University. After completing his schooling, he went on to teach chemistry to undergraduates at the University of Alexandria.

His contributions are not only to science but also to society. As a pioneer scientist, he returned to Egypt and had his fingerprints on all the initiatives to encourage scientific research and to upgrade the scientific and technological capabilities of his countrymen. He founded the Zewail City for Science and Technology -- a non-profit educational institution for research and innovation in Cairo.

A Nobel Prize winner, inventor of the ground-breaking four dimensional microscopy, and together with his other accolades, Ahmed H Zewail is one of the greatest scientists this century has produced. His foresight for the development of both the scientific and cultural fields in Egypt has made him a brilliant jewel for Egypt and the world.