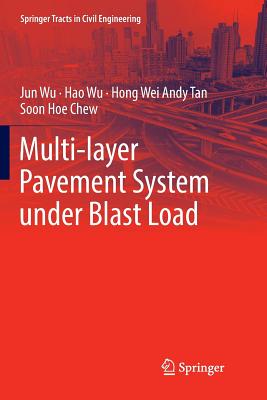 Dr. Jun Wu received his B.E. degree in Civil Engineering from the Shanghai Normal University, Shanghai, China in 2004, M.E. degree in Structural Engineering from the Tongji University, Shanghai, China in 2007, and PhD. degree in Geotechnical Engineering from the National University of Singapore, Singapore in 2013. Dr. Wu has been an associate professor at the School of Urban Rail Transportation, Shanghai University of Engineering Science since September 2013.Dr. Hao Wu received his Ph.D. degree in Projective Engineering from PLA University of Science & Technology, Nanjing, China in 2012 and then worked as a research fellow in China Academy of Engineering Physics from 2012 to 2014. Dr. Hao Wu has been engaged in the research work of basic theory and engineering applications on impact/blast-resistant materials and structures, including the penetration and blast effects of earth penetration weapons on military fortifications, civil engineering infrastructures against accidental impact and explosion, etc. He has published more than 90 academic papers and the monograph "Concrete Structures Under Projectile Impact" jointly by Springer and Science Press. Dr. Hao Wu has been a Full Professor at the College of Civil Engineering, Tongji University, China since September 2017. He also served as a core member of International Association of Protective Structures.