The Concept of Proportionality in Public Law (Paperback) 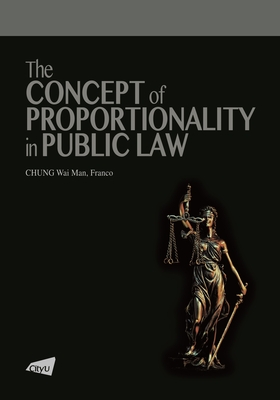 Using a functional comparative approach, this book evaluates the extent to which proportionality has been integrated into the English and Hong Kong judicial systems by comparing case law in these courts with that of the CJEU and the ECtHR. The text also reviews the development of proportionality and presents a topical understanding of why its adoption and application have encountered difficulties, particularly regarding socio-economic rights, in some jurisdictions, such as the United Kingdom and Hong Kong.

Chung Wai Man, Franco has been a lecturer at various tertiary institutions, including the Chinese University of Hong Kong and City University of Hong Kong, as well as a dissertation supervisor in a Master of Laws (LLM) programme (International and Commercial Law) that is jointly run by the University of Greenwich, United Kingdom and the Hong Kong Management Association. He holds his Doctor of Juridical Science and also worked in multiple arms of the government, under both colonial rule (in 1996) and after the establishment of the Hong Kong Special Administrative Region (from 1997 until 2009).