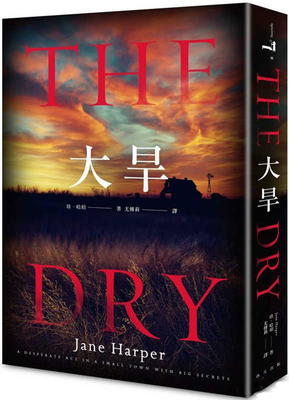 “This story of a small town and the secrets it has been protecting for decades is fast-paced and never predictable. In a remote section of rural Australia during an extended drought, devastating weather conditions collide with an unexpected turn of events that ultimately results in the murder of a young family. Bearing the scars of the town's past, Aaron Falk returns home for the funeral and is forced to make a choice between saving himself and facing a secret he has been hiding from for 20 years. This is an amazing debut that I could not put down!”
— Dana Gillespie (W), East City Bookshop, Washington, DC

“A family of three is murdered, supposedly by the father, who shoots himself afterward. No one is overly surprised since farmers are barely scraping by due to a very long dry spell. Into this situation walks a cop who left the town 20 years earlier while under suspicion for another death. Stakes get higher, and you can taste the dry wind.”
— Olga Onal, Bookmiser, Roswell, GA

INSTANT NEW YORK TIMES BESTSELLER
"A breathless page-turner, driven by the many revelations Ms. Harper dreams up...You'll love her] sleight of hand...A secret on every page." --The New York Times

"One of the most stunning debuts I've ever read... Every word is near perfect." --David Baldacci

After getting a note demanding his presence, Federal Agent Aaron Falk arrives in his hometown for the first time in decades to attend the funeral of his best friend, Luke. Twenty years ago when Falk was accused of murder, Luke was his alibi. Falk and his father fled under a cloud of suspicion, saved from prosecution only because of Luke's steadfast claim that the boys had been together at the time of the crime. But now more than one person knows they didn't tell the truth back then, and Luke is dead.

Amid the worst drought in a century, Falk and the local detective question what really happened to Luke. As Falk reluctantly investigates to see if there's more to Luke's death than there seems to be, long-buried mysteries resurface, as do the lies that have haunted them. And Falk will find that small towns have always hidden big secrets.

Jane Harper has worked as a print journalist for 13 years both in Australia and the UK. She is originally from the UK and moved to Australia in 2008, where she lives in Melbourne. The Dry, her debut novel, was an international bestseller. Force of Nature is her second internationally bestselling novel featuring Aaron Falk.