Civilization and Its Discontents (Hardcover) 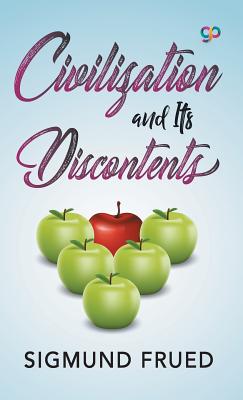 Civilization and Its Discontents' is one of the last of Freud's books, written in the decade before his death and first published in German in 1929. It is considered his most brilliant work. In it he states his views on the broad question of man's place in the world. It seeks to answer several questions fundamental to human society and its organization: What influences led to the creation of civilization? Why and how did it come to be? What determines civilization's trajectory? Freud's theories on the effect of the knowledge of death on human existence and the birth of art are central to his work. Many of humankind's primitive instincts (for example, the desire to kill and the insatiable craving for sexual gratification) are clearly harmful to the well-being of a human community. As a result, civilization creates laws that prohibit killing, rape, and adultery, and it implements severe punishments if such commandments are broken. This process, argues Freud, is an inherent quality of civilization that instills perpetual feelings of discontent in its citizens. Freud's theme is that what works for civilization doesn't necessarily work for man. Man, by nature aggressive and egotistical, seeks self-satisfaction. About the Author: Sigmund Freud (1856-1939) is one of the twentieth century's greatest minds and the founder of the psychoanalytic school of psychology. His many works include 'The Ego and the Id', 'An Outline of Psycho-Analysis', Civilization and Its Discontent, and others. He was an Austrian neurologist who became known as the founding father of psychoanalysis. Freud qualified as a doctor of medicine at the University of Vienna in 1881, and then carried out research into cerebral palsy, aphasia and microscopic neuroanatomy at the Vienna General Hospital. He was appointed a university lecturer in neuropathology in 1885 and became a professor in 1902. In creating psychoanalysis, a clinical method for treating psychopathology through dialogue between a patient and a psychoanalyst, Freud developed therapeutic techniques such as the use of free association and discovered transference, establishing its central role in the analytic process. Freud's redefinition of sexuality to include its infantile forms led him to formulate the Oedipus complex as the central tenet of psychoanalytical theory. His analysis of dreams as wish-fulfillments provided him with models for the clinical analysis of symptom formation and the mechanisms of repression as well as for elaboration of his theory of the unconscious as an agency disruptive of conscious states of mind.