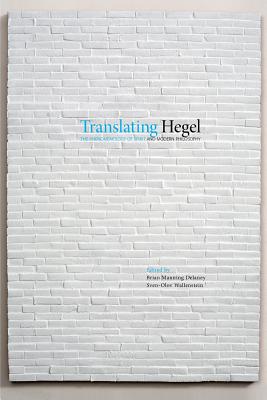 Translating Hegel - The Phenomenology of Spirit and Modern Philosophy: Hegel's Phenomenology of Spirit stands at the crossroads of modern philosophy. Taking us from the lowest and simplest level of sense-certainty through ever more complex forms of knowing and acting, Hegel's monumental work even-tually aspires to nothing less than a blueprint for absolute knowledge: a unity of subject and object, finite and infinite, man and world, a notion that has continually provoked new reactions and counterreactions throughout the course of modernity. Is Hegel's work the consummation of classical metaphysics or the dawn of something new? Is he a fundamentally Christian thinker or does he herald the death of God? Should we read him as a precursor to modern phenomenology and hermeneutics, sociology of knowledge, pragmatism, deconstruction? In short: do we need to translate Hegel into some modern vocabulary to make him relevant to the present? And if so, what would such a translation imply for our reading of his texts? Translating Hegel: The Phenomenology of Spirit and Modern Philosophy contains the contributions from a symposium organized on the occasion of the first Swedish translation of the Phenomenology. Bringing together a group of eminent Hegel scholars who address questions of translation and interpretation in the broadest sense, from historical hermeneutics to the actual practice of textual translation, it reveals the continued presence of Hegel in modern thought. Brian Manning Delaney is a translator and philosopher. Sven-Olov Wallenstein is Professor of Philosophy at Sodertorn University. About the series: Sodertorn Philosophical Studies is a book series published under the direction of the Department of Philosophy at Sodertorn University. The series consists of monographs and anthologies in philosophy, with a special focus on the Continental-European tradition. It seeks to provide a platform for innovative contemporary philosophical research. The volumes are published mainly in English and Swedish. The series is edited by Marcia Sa Cavalcante Schuback and Hans Ruin.