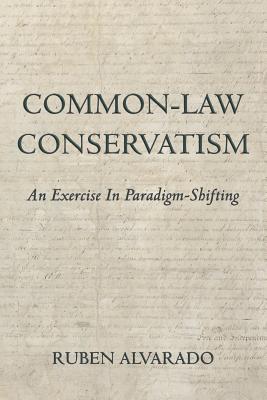 American conservatism is in need of a rethink. What else could explain its ongoing weakness in the face of the rather lame if not incredulous critiques of capitalism and liberty put forward by the Left? There is in fact a congenital defect in conservatism, derived from its "Whiggish" origins. For in its formative period, it imbibed the heady elixir of natural rights as a neutral alternative to a confessional Christian basis for law and government. That is a choice that has dogged conservatism ever since. It explains the incapacity to dislodge the Left from its occupation of the moral high ground in public debate and policy. Conservatism must re-examine its foundations and rediscover the idea of liberty as inheritance, or it will remain the plaything of progressive-leaning elites. Common-Law Conservatism provides just such an examination. It is a critique from the bottom up, examining the spheres of politics, economics, and religion by means of a cutting-edge paradigm integrating historical and theoretical elements in a universal common-law unity. For the common law, the inheritance of Western liberty, provides the materials to move beyond the dead end of rights philosophies that are destroying liberty - destroying national sovereignty - nullifying attempts to establish law and order domestically and peace through strength abroad - upending the moral order upon which civilization rests - demanding the establishment of all-powerful energy management regimes - indeed, incessantly pushing for an all-powerful world government based on the concept of universal jurisdiction, which is an ethical necessity for the Left, as it is the only means to realizing what in reality is an unfulfillable promise: the satiation of the entitlement mentality, which the rights philosophies have bequeathed to us. Common-Law Conservatism is not an easy read, nor is it meant to be. It is no rehash of conservative talking points. It is a fundamental, root-and-branch rethink. Which is, at bottom, the crying need of our time.