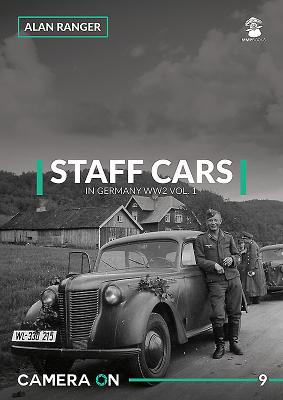 By Alan Ranger
Email or call for price

This is book number 9 in the Camera on series.

With mobilization of the German armed forces in 1939 the lack of motorized transport was identified as a critical issue, to partly remedy this the military commandeered much of both Germany's and its satellite dependencies' passenger car stock, thus the military motor pool was supplemented by thousands of confiscated civilian passenger cars, which were partially adapted to military use. Commercial & private limousines as well as hard tops and cabriolets cars were used.
Vol. 1 contains photos of Opel passenger cars, including:
Opel Admiral
Opel Kadett
Opel Kapitan
Opel Olympia and others. This profusely illustrated photo album includes over 150 previously unseen pictures, many from private sources in Germany.