General health, psychological well-being and depression during pregnancy and the postpartum period in women (Paperback) 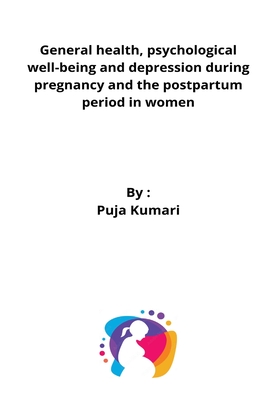 Introduction Introduction Pregnancy is a biological phenomenon and characterized as the process of fertilization and development of one or more eggs. Its common name is gestation in humans. One scientific term for the state of pregnancy is gravity and the female is sometimes referred to as a gravida (Opara and Zaidi, 2007). Similarly, the term parity is used for the number of times a female has given birth including stillbirths. Medically, a woman who has never been pregnant is referred to as a nulli-gravida, a woman who is pregnant for the first time as a prima-gravida, and a woman in subsequent pregnancies as a multigravida or multiparous (Ruby and Allen, 2005). As soon as a woman becomes pregnant, her body starts to change so that it can support both the mother and the unborn baby. During pregnancy, the women undergoes many physiological changes entirely normal, including cardiovascular, hematologic, metabolic, renal and respiratory changes that become very important in the event of complication (Biringer, 1988). During pregnancy erythrocyte sedimentation rate (ESR) is elevated and white blood cells (WBC) also increase. These have been considered as a manifestation of inflammatory process which is suppressed by the formation of placental hormones (Fiorini, 1969). The changes in the level of hormones start as soon as the pregnancy is conceived. Levels of hormones (progesterone and estrogens) rise throughout pregnancy, suppressing the hypothalamic axis and subsequently the menstrual cycle. All body functions start to work harder. The heart starts to pump more blood around the body in particular to the womb, placenta and the fetus. Gestation period in human being is nine months (40 weeks from the start of the last menstrual period). Pregnancy is typically broken into three periods or trimesters,