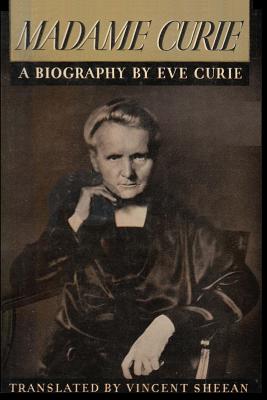 In terms of practical accomplishments helping to better the lives of people today, Madame Marie Curie far exceeds the achievements of any other modern or scientific person. Anybody who is in a hospital that uses an X-Ray machine is using technology developed by Marie Curie. Any cancer patient who is undergoing radiation treatment to prolong life is using a procedure discovered by Marie Curie. Anybody who turns on a light bulb in their house is likely using power from a nuclear power plant based on discoveries made by Marie Curie.

The list of discoveries made by Marie Curie goes on and on, not the least of which it was the discoveries of Marie Curie of nuclear fission that made the Atomic Bomb and other nuclear weapons possible.

Yet except for a few academics and watchers of The Discovery Channel, the name of Marie Curie is largely unknown. Ask a hundred men on the street if they know who Marie Curie is or was, not more than one of them will have ever heard her. If you ask the same group if they have ever heard of Albert Einstein, all of them will have heard of him. Yet, Albert Einstein was only concerned with theoretical physics and his own theories. None of his discoveries have yet been proven or confirmed. None have been made into a machine like the common X-Ray Machine now seen in all major hospitals.

Marie Curie suffered from a form of discrimination experienced by almost all women of academic accomplishment. Her discoveries were not taken seriously or were often credited to some man in her background. Always it was assumed that the real work was done by some man and that the woman was just a wall flower.