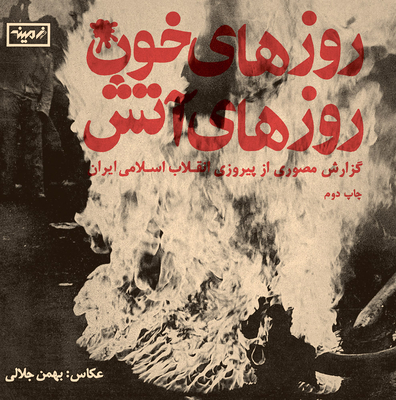 Sixty-four days in the Iranian revolution: a photographic chronology, back in print after 41 years

From the beginning of the large anti-Shah demonstrations in Tehran on December 10, 1978, to the withdrawal of the Iranian military on February 11, 1979, Days of Blood, Days of Fire captures the joys and uncertainties of the people as they move from the massive Tasu'a and Ashura demonstrations to the joyous celebrations of the Shah's departure and, finally, to the revolution's victory. The book is comprised of 135 photographs by Bahman Jalali, who is best known for his Iran-Iraq war photography, along with 16 photographs by his wife, Rana Javadi, and a handful of others.

Days of Blood, Days of Fire was published in 1979 by Zamineh, the only independent publishing house at that time in Tehran. This book was Zamineh's first publication and went on to become a bestseller twice before losing its publication license. Forty years later, Spector Books is bringing this powerful book back into print.