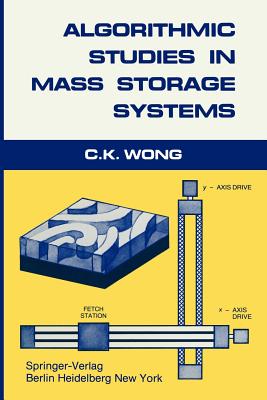 A major technological trend for large database systems has been the introduction of ever-larger mass storage systems. This allows computing centers and business data processing installations to maintain on line their program libraries, less frequently used data files, transaction logs and backup copies under unified system control. Tapes, disks and drums are classical examples of mass storage media. The more recent IBM 3851 Mass Storage Facility, part of the IBM 3850 Mass Storage System, represents a new direction in mass storage development, namely, it is two-dimensional. With the maturity of magnetic bubble technology, more sophisticated, massive, multi-trillion-bit storage systems are not far in the future. While large in capacity, mass storage systems have in general relatively long access times. Since record access probabilities are usually not uniform, various algorithms have been devised to position the records to decrease the average access time. The first two chapters of this book are devoted mainly to such algorithmic studies in linear and two-dimensional mass storage systems. In the third chapter, we view the bubble memory as more than a storage medium. In fact, we discuss different structures where routine operations, such as data rearrangement, sorting, searching, etc., can be done in the memory itself, freeing the CPU for more complicated tasks. The problems discussed in this book are combinatorial in nature.