A Course on Damage Mechanics (Paperback) 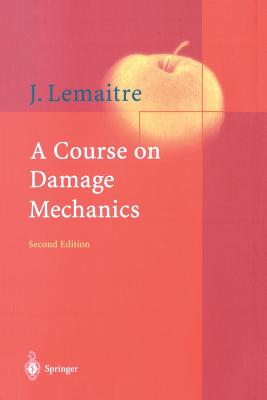 A new branch of science usually develops thus. Somebody publishes the basic ideas. Hesitatingly at first, then little by little, other original contributions appear, until a certain threshold is reached. Then, overview articles are printed, conferences are held, and a first mention is made in textbooks, until specialized monographs are written. Continuum damage mechanics has reached that status now. To analyze or, if possible, to predict the failure of machine parts or other structures is one of the main goals of engineering science. Consequently fracture mechanics became one of its leading branches. It was based on the analysis of existing cracks. However, especially under conditions of cyclic loading, this might be too late to prevent a disaster. Therefore, the question regarding the precursory state, that is, the evolution of internal damage before macrocracks become visible, was then posed. One of the successful approaches to the problem was Weibull's theory which examined, in a statistical manner, the " weakest link" in the material volume under consideration. Unfortunately it proved too difficult mathematically to be applied to complicated parts or structures. Therefore it was highly appreciated by the scientific community when L. M. Kachanov published in 1958 a simple model of material damage which subsequently could be extended to brittle elastic, plastic or viscous materials under all conditions of uniaxial or multiaxial, simple or cyclic loadings, so that it may be considered nearly universal.