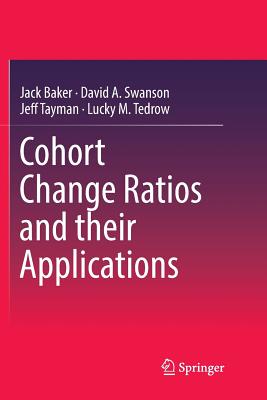 Jack Baker is a Senior Research Analyst with the HealthFitness Corporation, a Wellness and Health Promotion company based in Lake Forest, Illinois. He holds a Ph.D. in Anthropology from the University of New Mexico. In the applied demography world, Jack worked within the Federal State Cooperative Programs for Population Estimates and Projections for over a decade, served on the National Academies of Science's Panel to Review the 2010 Census (2009-2014) and its follow-up Standing Committee on Re-engineering the 2020 Census, and previously chaired the Population Association of America's Committee on Applied Demography. His research has spanned estimates and forecasts, with an emphasis on small-area models of population dynamics, and his work has appeared in various peer-reviewed journals. His current research focuses on the construction of integrated modelling frameworks spanning individual and population scales, with an emphasis on predictive analytics and forecasting applications in the context of population health dynamics. His work makes use of methods from applied demography, statistical/machine learning, operations research, and biostatistics. David A. Swanson is Professor of Sociology at the University of California Riverside and an affiliate of the Demographic and Social Analysis Program at the University of California Irvine. He served as member of the U. S. Census Bureau's Scientific Advisory Committee for six years (2004-10) and chaired the group for two years (2008-10). In addition to many presentations, reports, and 30 non-refereed journal articles, Swanson has authored or co-authored over 90 refereed journal articles and 13 books (some as an editor or co-editor), mainly dealing with demography, especially methods for doing small area estimation and forecasting. Swanson has received more than $2.3 million in grants and contracts and has testified before the US Congress and state legislative bodies. He also has served as an expert witness in court cases and is the recipient of two Fulbright awards. With Jeff Tayman as co-author, he received the Southern Demographic Association's 2016 Terrie Award for the best paper in applied demography and with Tayman and Charlie Barr received this same award in 1999. His Ph.D. and M.A. are from the University of Hawai'i (Sociology, with a concentration in Population Studies) and his B.Sc. is from Western Washington University (with a major in Sociology and a minor in Mathematics). Swanson also holds a graduate diploma in Social Sciences from the University of Stockholm and is reasonably fluent in Swedish. Jeff Tayman is a specialist in the evaluation of demographic estimates and forecasts; the development of estimation and forecasting methods; the design and application of statistical methods; and the development of complex, integrated data systems for small geographic areas. He has made 90 presentations at professional conferences and has published 27 articles in referred journals. His three co-authored books State and Local Population Projections: Methodology and Analysis, A Practitioner's Guide to State and Local Population Projections, and Subnational Population Estimates are standards in the field. Dr. Tayman has served on numerous federal, California, and local committees and is a reviewer for academic journals including Demography and Population and Research and Policy Review. He currently holds a part time appointment in the Economics Department at the University of California San Diego. His Ph.D. and M.S. degrees are from Florida State University (Sociology with a concentration in Demography and minor in Statistics) and B.A. degree is from Florida Atlantic University (with a major in Anthropology). Lucky M. Tedrow is the Director, Demographic Research Laboratory, Center for Social Science Instruction, Western Washington University. His research areas span applied and social demography. Research interests include antecedents and outcomes of military service. Computer applications and undergraduate instruction are main areas of focus. He has been the principal investigator on seven National Science Foundation-funded grants for undergraduate education.