Little Afeni and the Cause for Reparations (Paperback) 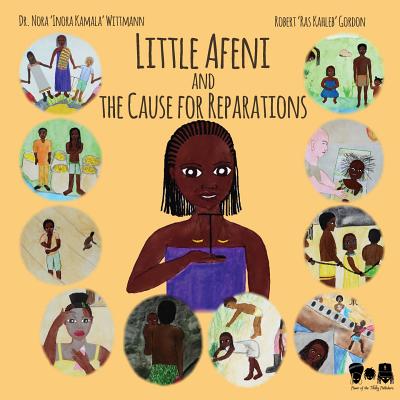 One early morning several centuries ago in West Africa, a little 9-year-old girl named Afeni and her brother Kayode are kidnapped from their home in Ijebu-Ode and taken on board of a big, terrifying ship destined for the Caribbean. When Afeni arrives on the island of Jamaica, she is forced to work on a sugar plantation where she experiences the worst slavery ever. Little Afeni and the Cause for Reparations retraces the historical journey of the book's main character Afeni and of her family in Africa and its Diaspora up to the present day. In so doing, this book explains transatlantic slavery and the necessity of reparations not only to children from the primary level, but also to grown-ups. Robert 'Ras Kahleb' Gordon was born in the Caribbean on the sunshine island of Jamaica. He is a founding member and a Director of the Rastafari Youth Initiative Council (RYIC). Nora Kamala Wittmann was born in Austria. An international lawyer and anthropologist, she is the author of Slavery Reparations Time Is Now. Exposing Lies, Claiming Justice for Global Survival - An International Legal Assessment. "This illustrated children's book on Reparations is the key that opens the door, to children worldwide, on a hidden topic." - Keturah Cecilia Babb "Truly another masterpiece from Power of the Trinity Publishers " - Esther Stanford Xosei, Pan-Afrikan Reparations Coalition in Europe (PARCOE)