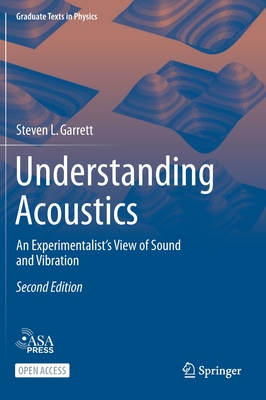 Steven L. Garrett received his Ph.D. in Physics from UCLA in 1977. He continued research in quantum fluids at the University of Sussex in England, followed by two years in the Physics Department at the University of California at Berkeley as a Fellow of the Miller Institute for Basic Research in Science. Prof. Garrett joined the faculty of the Naval Postgraduate School in 1982 where his research efforts were concentrated on the development of fiber-optic sensors and thermoacoustic refrigerators. Prof. Garrett left NPS in 1995 to assume his current position as a Professor of Acoustics in the Graduate Program in Acoustics at Penn State. In 2001, he was a Fulbright Fellow at the Danish Technical University and in 2008 a Jefferson Fellow in the US State Department. Prof. Garrett is a Fellow of the Acoustical Society of America and recipient of their Interdisciplinary Medal in Physical and Engineering Acoustics as well as the Popular Science Magazine Award for Environmental Technology, the Helen Caldecott Award for Environmental Technology, and the Rolex Award for Enterprise (environment category). He has been issued over two dozen patents.