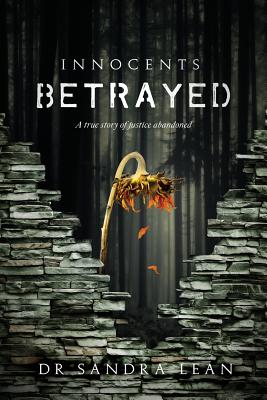 This is the true story of the murder of 14-year-old Jodi Jones in Scotland, in 2003. But, could the boy convicted of that murder, Jodi's boyfriend, Luke Mitchell (also 14 at the time), be innocent? Innocents Betrayed examines the truth buried in the case files, disclosing, for the first time, evidence of manipulation of witnesses, forensic failings, crime scene contamination, dishonesty and more. In an account that took almost fifteen years to piece together from witness statements, court transcripts, forensic reports, crime scene management logs and media coverage, the author, Dr Sandra Lean, probes the consequences of sacrificing true justice in the pursuit of convictions and questions the impact of too-close collaboration between investigators, key witnesses and the media.

A meticulous examination of the official story, with reference to all of the evidence, reveals another story far removed from the one that has dominated media coverage for a decade and a half. The evidence claimed to prove Luke Mitchell's guilt crumbles under scrutiny and the official narrative collapses in a sea of unsupported assumptions, discredited eyewitness evidence, impossible scenarios and outright dishonesty. Could the conviction of Luke Mitchell be, in reality, a shocking Miscarriage of Justice?

Throughout, readers are invited to decide for themselves, were two families betrayed by a Justice System they trusted to protect them? Was Luke Mitchell wrongly convicted? And, if so, who really killed Jodi Jones?