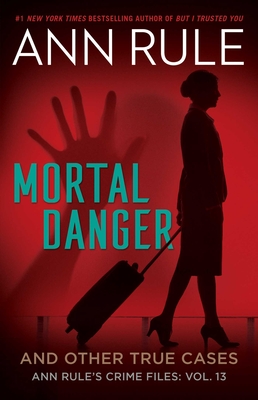 The thirteenth entry in the #1 New York Times bestselling series from the “prolific and talented” (Publishers Weekly) Ann Rule focuses on crime victims who had no idea they were in life-threatening danger, often from the very people they trusted the most.

In this collection’s featured case, a family man dedicated to naturopathic healing embarks on a passionate affair with a flight attendant, but his jealous rages frighten her. When she finally leaves after a brutal attack, she has no idea that her tormentor would reappear in her life—with deadly consequences.

Other cases include: a woman who masterminds her husband’s murder just to gain his inheritance; the sadistic criminal whose prison release damages a presidential campaign and ends in a bitter double tragedy; the shocking DNA link between a horrifying crime and a cold case; and finally, the man who crisscrosses the world in deadly pursuit of a beautiful woman.

Once again, the country’s best true crime writer brings her “absolutely riveting…psychologically perspective” (Booklist) insight to a chilling look how sometimes those we love the most can be the most dangerous.