Time and Free Will: An Essay on the Immediate Data of Consciousness (Illustrated) (Paperback) 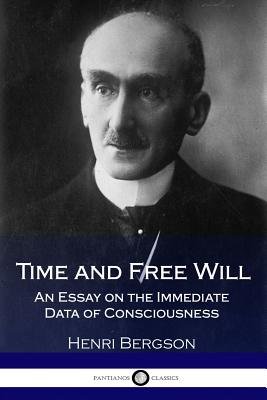 This premium edition of Time and Free Will contains Henri Bergson's two original illustrations, and - unlike other reprints - it is not a poorly produced scan. The original English translation by F. L. Pogson is presented faithfully.
Henri Bergson's superb philosophic treatise discusses the nature of free will, which he believes to be a matter of immense confusion among philosophers. The matter is, however, made simpler with the addition of Bergson's duration theory. For Bergson, time was inextricably linked to consciousness - while scientifically measured time proceeds always at the same pace, our consciousness and will perceive it differently.
The concept of human will as being bound to time is in contrast to Immanuel Kant's theory that our free will is utterly divorced from concerns of time or space. Bergson was likewise interested in opposing the ancient philosopher Zeno of Elea, who considered reality to be neither created nor destructible, and an utterly immobile whole. Disagreeing with this view, Bergson advances a belief that motion and time must not be considered solid entities in themselves, but progressions.
On the vanguard of the continental philosophy movement of the early 20th century, Henri Bergson wrote a number of influential books and essays, advancing numerous concepts with a fresh perspective. Lauded in his lifetime, he was given France's highest honor for his philosophical ideas. Although his work fell out of favor in the decades following his death in 1941, Bergson has regained popularity in recent times, with favorable comparisons made to certain spheres of Eastern thought.