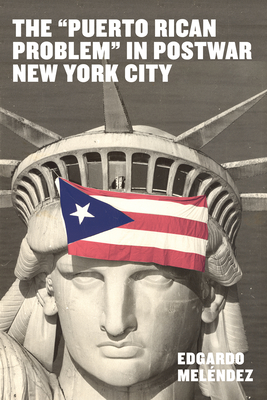 The "Puerto-Rican Problem" in Postwar New York City presents the first comprehensive examination of the emergence, evolution, and consequences of the “Puerto Rican problem” campaign and narrative in New York City from 1945 to 1960. This notion originated in an intense public campaign that arose in reaction to the entry of Puerto Rican migrants to the city after 1945. The “problem” narrative influenced their incorporation in New York City and other regions of the United States where they settled. The anti-Puerto Rican campaign led to the formulation of public policies by the governments of Puerto Rico and New York City seeking to ease their incorporation in the city. Notions intrinsic to this narrative later entered American academia (like the “culture of poverty”) and American popular culture (e.g., West Side Story), which reproduced many of the stereotypes associated with Puerto Ricans at that time and shaped the way in which Puerto Ricans were studied and perceived by Americans.

EDGARDO MELÉNDEZ is a retired professor from the department of political science at the University of Puerto Rico-Río Piedras and the department of Africana and Puerto Rican/Latino studies at Hunter College. His latest books are Patria: Puerto Rican Exiles in Late Nineteenth Century New York City, and Sponsored Migration: The State and Postwar Puerto Rican Migration to the United States.

"The first in-depth study of the origins, ingrained biases, and stereotypes of the 'Puerto Rican problem' discourses propagated in most of the early post-World War II mass migration research about the Puerto Rican community. An outstanding and indispensable addition to Puerto Rican migration studies."
— Edna Acosta-Belén