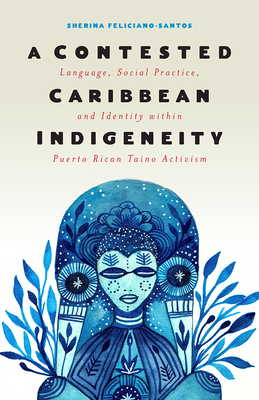 A Contested Caribbean Indigeneity is an in-depth analysis of the debates surrounding Taíno/Boricua activism in Puerto Rico and the Caribbean diaspora in New York City. Drawing on in-depth ethnographic research, media analysis, and historical documents, the book explores the varied experiences and motivations of Taíno/Boricua activists as well as the alternative fonts of authority they draw on to claim what is commonly thought to be an extinct ethnic category. It explores the historical and interactional challenges involved in claiming membership in, what for many Puerto Ricans, is an impossible affiliation. In focusing on Taíno/Boricua activism, the books aims to identify a critical space from which to analyze and decolonize ethnoracial ideologies of Puerto Ricanness, issues of class and education, Puerto Rican nationalisms and colonialisms, as well as important questions regarding narrative, historical memory, and belonging.

SHERINA FELICIANO-SANTOS is an associate professor of anthropology at the University of South Carolina in Columbia.

"Sherina Feliciano-Santos has written a compelling and vital book on the multiplicity of ways of being Puerto Rican Taino—at once rigorous and theoretically sophisticated, highlighting again the value of language-centered work to the concerns of anthropology more broadly, it is also deeply personal, highlighting again the value of doing anthropology that matters."
— Anthony K. Webster

"Sherina Feliciano-Santos’ ethnography offers us a beautifully written account that models rigorous scholarly analysis and ethical ethnographic practice as she examines controversial and critically important questions of Taino activism and identity claims within broader negotiations of Puerto Rican racial, ethnic and national identity. She reminds us of the generative value of embracing ambiguity, and incongruity and of listening carefully to what people have to say about their lives and their worlds."
— Gina Pérez