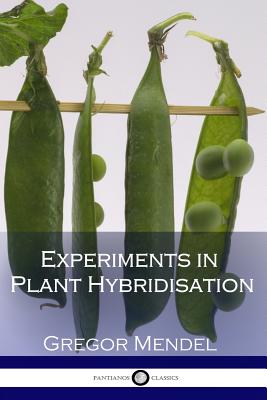 Mendel's groundbreaking paper laid the foundation for further research upon heritage and genetics. It is published here complete with the original illustrations and charts.
When Mendel released this paper in 1865, it was after years of rigorous study and comparison in plant specimens and their offspring. His conclusion that variant traits were hereditary and could be determined, with a good degree of accuracy, through probability analysis were revolutionary in natural science at the time. Mendel's assertions regarding acquired characteristics, demonstrated through the comparison of peas and their seeds, would spark great interest in the nature and mechanisms behind heredity between generations of organisms.
Seeking to gain high quality results, Mendel prefaces his explanations by noting that he artificially fertilized the plants described in the work. Working in a closed, laboratory environment and with full control over the plants and their successive progeny, Mendel demonstrates via ratios the emergence of inherited characteristics: for example whether a pea's pods are full or constricted, or whether a pea's seeds are smooth or wrinkled.
The analyses pioneered by Mendel would later be christened "Mendelian inheritance", and incorporated into wider theories regarding plant and animal genetics. However, at the time Mendel made his discoveries, opposition and criticism was strong. Despite the dismissive scientists of his time, Mendel maintained an inner confidence; telling a friend 'my time will come'.
Around the turn of the 20th century, Mendel's papers were rediscovered. Supporters such as William Bateson - an English biologist and translator of this edition - helped to popularize Mendel's procedures. Today, they form the backbone of modern genetic theory.