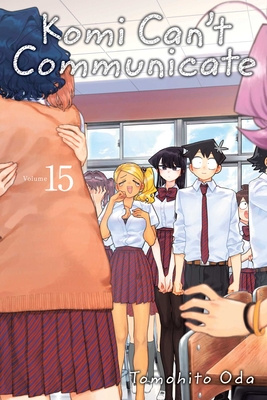 Socially anxious high school student Shoko Komi’s greatest dream is to make some friends, but everyone at school mistakes her crippling social anxiety for cool reserve. Luckily she meets Tadano, a timid wallflower who decides to step out of his comfort zone in order to help her achieve her goal of making 100 friends.

It’s election season at Itan High, and one of Komi’s classmates is running for school president! But according to school rules, Kiyoko Isagi needs to select a campaign representative, and the chilly perfectionist doesn’t have anyone she feels comfortable asking. Luckily, Komi and friends have some good ideas for solving her problem!