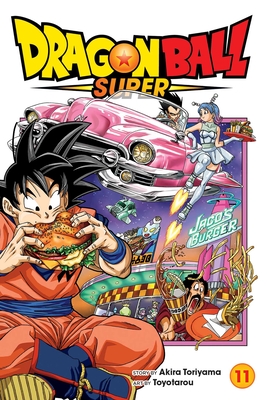 This is book number 11 in the Dragon Ball Super series.

The Great Lord of Lords awakens from inside of Boo to confront the evil Moro head-on. But even the power of a god doesn’t seem to be enough to stop this monster! Goku, Vegeta and the others are forced to retreat. Goku goes with Merus to train to get stronger, but Vegeta has other plans. Hitching a ride on a Galactic Patrol ship, Vegeta goes to another part of space to meet with a certain group of aliens…