Shell of an Idea: The Untold History of PowerShell (Paperback) 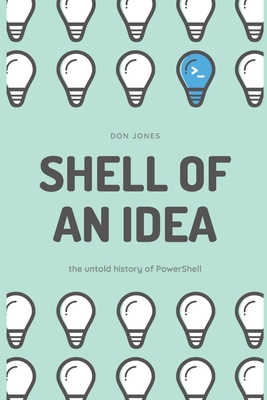 "In many ways, this is The Phoenix Project for the PowerShell world."

Introduced in 2006, Microsoft's PowerShell made an immediate, positive impact on its server products and in the lives of the people who administer them. The world's first object-oriented shell, the first designed-from-scratch shell for the Windows operating system, and now a cross-platform management shell, PowerShell's technical achievement is significant. It's easy to look at where PowerShell is today, and not realize or remember the long and sometimes-difficult road it took to get there.

In the end, the story of PowerShell is less about the technology, and more about the people who brought it to life, and the people who use it every day. It's about how one small band of passionate, crazy people with a vision can bring something wonderful into the world, in small, incremental, deliberate steps. It's about how the right people came together at the right time and did the right thing, and about the enormous community that rallied around them to make the whole thing an incredible success.

Author Don Jones was with PowerShell from the beginning, and through a series of core team interviews, community discussions, and background research, he brings you this: the untold story of PowerShell, a Shell of an Idea.