My Life at Apple: And the Steve I Knew (Hardcover) 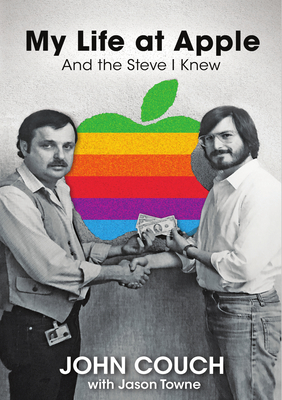 In 1978, John Couch was working as a software engineer at Hewlett-Packard when a young, ambitious entrepreneur named Steve Jobs unexpectedly showed up on his doorstep. It was Steve's second time trying to persuade John to join him at his promising startup, Apple Computer, where he needed help building a "revolutionary computer." John was one of UC Berkeley's first fifty computer science graduates and a leader at HP, working under the tutelage of its iconic founder, Bill Hewlett, so Steve knew he was one of the few people in the world capable of achieving such a task. He was thrilled when John agreed to help, becoming Apple's 54th employee and, ultimately, its first VP of Software and first VP of Education. Over time, John and Steve's business relationship would grow into an unbreakable, decades-long friendship.