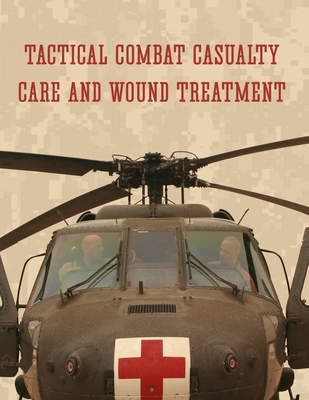 This is the official manual from the U.S. military is a subcourse book used to train combat medics. Combat medics on today's battlefield experience a wide variety of conditions not previously experienced. The training on the standards that apply to the civilian emergency medical service (EMS) world may not apply to the combat environment. The U.S. Army found the need to migrate away from the civilian standards and allow the combat medics to analyze situations in ways not previously thought of. These techniques are called "combat casualty care." Factors influencing combat casualty care include the following:

When you have casualties on the battlefield, you must determine the sequence in which the casualties are to be treated and how to treat their injuries. This subscourse discusses the procedures for performing tactical combat casualty care; treating injuries to the extremities, chest, abdominal, and head; and controlling shock.

This subcourse consists of eight lessons:

Tactical Combat Casualty Care and Wound Treatment is a highly regarded and up-to-date manual offered by the Department of Defense. It is available to combat medics and civilians who want to learn the critical medical treatments to be administered in adverse conditions.