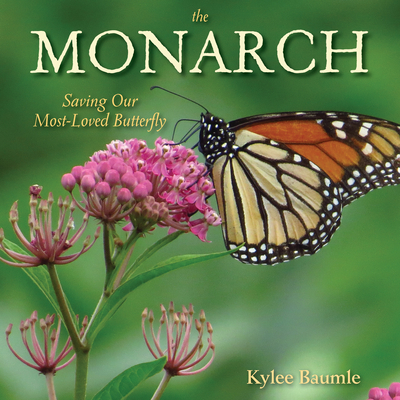 Every fall, spectacular orange and black clouds of monarch butterflies fill the skies as they migrate from across North America to Central Mexico. West Coast populations make a similar though much shorter trip to coastal California. The National Wildlife Federation calls the monarch migration "one of the greatest natural phenomena in the insect world." Not long ago, monarchs numbered in the billions, but in the last 20 years their population has dropped by 90%, due to habitat loss from pesticides, modern farming practices, urban development and other human activity. An estimated one million acres of habitat are lost each year.

But today, an army of citizen scientists, students and gardeners is engaged in restoring this beloved pollinator's habitat - the wildflowers and milkweed and feeding corridors - so that one of nature's most beautiful creatures will still be there for generations to come. And it starts in our own backyards.

The Monarch showcases this magnificent butterfly with eye-popping photos, fun facts about a monarch's life cycle, and things to know about the vital role that pollinators play in our ecosystem. Monarch enthusiast and nature blogger Kylee Baumle provides "action" projects for all ages, from planting milkweed and wildflowers to making butterfly watering stations...to volunteer activism.

Kylee Baumle is a citizen scientist who participates in several programs that provide data to scientists studying monarchs (through MonarchWatch with the University of Kansas, and JourneyNorth, which reports migration sightings and roosts). Her rural Ohio garden is a Certified Monarch Waystation, a Certified Wildlife Habitat and a registered garden with the Pollinator Partnership. She writes a regular column for Ohio Gardener and has written feature articles for Horticulture, American Gardener, Indiana Gardener State-by-State Gardening magazines. Her nature and garden photography has been widely published. Kylee blogs about her love for butterflies and all things "nature" at Our Little Acre. The author resides in Northwest, Ohio.