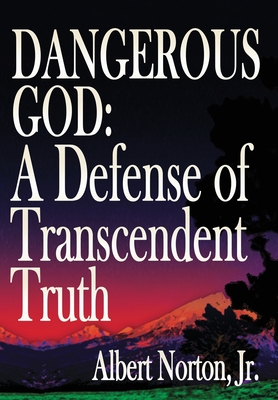 Why is the world so crazy? Why have we lost the ability to agree on fundamental truths? Everyone seems to be running toward something, but could it be that we are running away from something greater? In Dangerous God: A Defense of Transcendent Truth, Albert Norton makes the case that confronting the reality of God in the postmodern world is a dangerous proposition. Dangerous to our most cherished notions of reality. Dangerous to our comfortable worldview and how we see ourselves. To find out why this postmodern turn has come to pass, Norton insists we must ask ourselves Pilate's age-old question: What is truth?

It could be that in the postmodern age we don't merely disagree about whether something is true, but that we disagree about how truth and values are formed in the first place. To begin to understand this, we really must start with how we think and form value judgments in general. We share an orientation to objective truth, in our thinking, and we build on rational processes of binary differentiation. This should lead us to an objective and real hierarchy of ideals, rather than a subjective or socially-produced narrative.

To understand this, a history of truth formation is presented, distinguishing the medieval to modern periods, and then the modern to postmodern, highlighting the thinking of Descartes, Rousseau, Hegel, Kierkegaard, Marx, Nietzsche, William James, and John Dewey, among many others. This leads to a discussion of truth at the hands of postmodernists such as Jacques Derrida, Michel Foucault, and Richard Rorty. The purpose is to trace the intellectual movements shaping the determination of truth and values, from individualism to collectivism, correspondence theory to pragmatism, anxiety about meaning as expressed in existentialism, and Marxism re-worked for cultural application-the "woke" movement.

The author concludes: Truth exists as a real and extant feature of the universe. It is objective and unchanging and "out there." It resides in and emanates from and is personified in God, the ideal of the ideals; the pinnacle of the hierarchy of values that we perceive, rather than create.