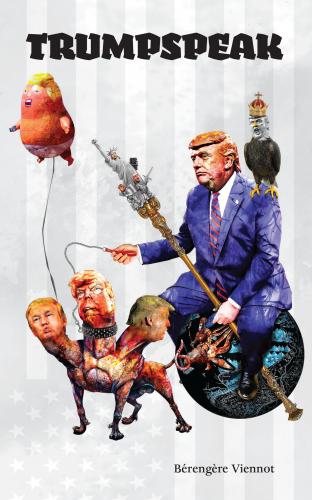 Trumpspeak is a witty, no-holds-barred assessment of Trump's mastery - or otherwise - of English and a thoughtful consideration of the ethical issues involved in translating someone you are at extreme odds with. Nearly two decades into her career as a press translator, and after eight years of Barack Obama's refined rhetoric, B reng re Viennot was shocked to have to start thinking about how to Frenchify Donald Trump's bigly mangled syntax.

Viennot's witty book pulls no punches in exploring how Trumpspeak breaks all the rules of political discourse. Trump's rambling speech patterns, peppered with incoherent grammar, vulgarity, hyperbole, sarcasm, and invective, point at a tenuous grasp of reality and culture.

Behind Viennot's sparkling, incisive takedown of Trump lie a number of important issues: How does violent rhetoric possibly lead to violent acts? What does Trumpspeak say about the state of modern democracy? And why is "covfefe" a problem for everyone on the planet, not just in America? Trumpspeak holds up an unforgiving mirror not just to the president of the United States himself, but to the state of our modern democracies.