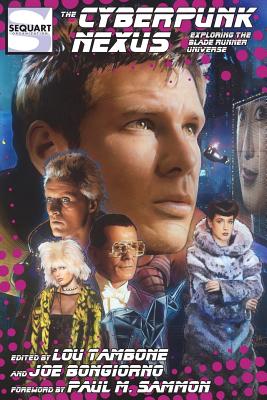 In 1982, a new benchmark was set for science-fiction film with the release of Blade Runner. Based on the book Do Androids Dream of Electric Sheep? by the acclaimed novelist Philip K. Dick and directed by Ridley Scott, Blade Runner was a visual and philosophical tour-de-force, set in a dystopian future in which artificially intelligent replicants, nearly indistinguishable from humans, are hunted down by police-operatives known as Blade Runners. Featuring the talents of Harrison Ford, Rutger Hauer, Sean Young, Joanna Cassidy, Edward James Olmos, and Darryl Hannah, the film tackled numerous themes and birthed controversies that have been poured over by fans and critics ever since. Blade Runner has also inspired literary and comic-book spin-offs, and a cinematic sequel released in 2017. The Cyberpunk Nexus: Exploring the Blade Runner Universe examines the entire Blade Runner saga, from the original novel to its numerous film iterations. The book features a foreword by Paul M. Sammon (Future Noir: The Making of Blade Runner). Essayists include Bryce Carlson (of BOOM Comics' Sheep adaptation), Paul J. Salamoff, Robert Meyer Burnett, Rich Handley, Zaki Hasan, Julian Darius, and many others, with a cover by popular artist Matt Busch. From Sequart Organization. More info at http: //sequart.org.