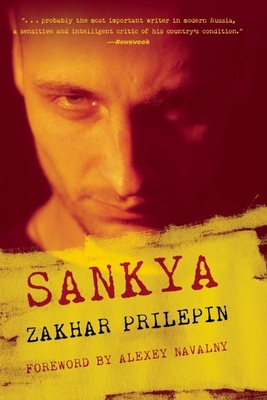 Sasha "Sankya" Tishin, and his friends are part of a generation stuck between eras. They don't remember the Soviet Union, but they also don't believe in the promise of opportunity for all in the corrupt, capitalistic new Russia. They belong to an extremist group that wants to build a better Russia by tearing down the existing one. Sasha, alternately thoughtful and na ve, violent and tender, dispassionate and romantic, hopeful and hopeless, is torn between the dying village of his youth and the soulless capital, where he and his friends stage rowdy protests and do battle with the police. When they go too far, Sasha finds himself testing the elemental force of the protest movement in Russia and in himself. Zakhar Prilepin, one of Russia's most acclaimed and widely translated contemporary authors, was born in 1975. He is the author of five award-winning novels, three short story collections, and several works of nonfiction. His works have received the top literary prizes in Russia. He lives in Nizhny Novgorod, where he is the regional editor of the independent newspaper Novaya Gazeta. Originally published in 2006, Sankya is a cult sensation in Russia, where it won the Yasnaya Polyana Award and was shortlisted for the Russian Booker and the National Bestseller Prize. Sankya is the basis for Kirill Serebrennikov's popular play Thugs. He was recently featured in a documentary on new Russian writers hosted by British actor Stephen Fry called Russia's Open Book: Writing in the Age of Putin.

Zakhar Prilepin, born near Ryazan in 1975, lives in Nizhny Novgorod where he is the regional editor of the independent newspaper Novaya Gazeta. Prilepin had a varied life before dedicating himself to writing, spending time as a student, as a laborer, as a journalist and as a soldier, serving with the Special Forces in Chechnya. More recently Prilepin has come to the public attention not only as one of the best writers of his generation, but as a committed, and often controversial, political activist on behalf of the 'Other Russia' coalition. His website is one of the most popular author's sites in Russia. Prilepin's combination of lucid prose and social consciousness has made him one of the most popular and acclaimed writers in Russia today and drawn comparisons with the Russian classics.