The Face of Addiction: Stories of Loss and Recovery (Paperback) 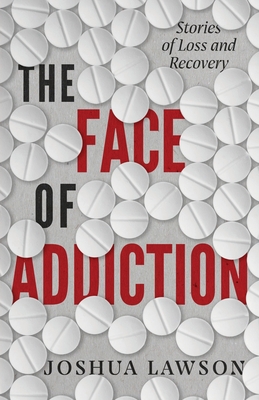 You've heard the horror stories about drug addiction. Your eyes glaze over with half-hearted interest when you see the stats surrounding the "opioid crisis." You know you should care that 130 people are dying of accidental overdose every day in America, yet you just can't seem to muster the compassion.

Substance use disorder may be a vague abstraction to most of us, but our friends and family are not. Our sons and daughters aren't "junkies" who deserve to be written off by society. They are human beings whose lives are filled with meaning and potential.

Joshua Lawson has worked as an organizer, pastor, and ally to people who use drugs in central Appalachia for the past three years. The Face of Addiction tells the stories of twelve people he met when he first began "getting close" to the things that matter in his community.

There's the woman whose husband succumbed to an overdose even though she was sure he'd finally beaten it. The man who found a reason for recovery in his daughter's letter to Santa. The city councilman whose perspective finally changed after years of family turmoil. What's more, two of the people featured here have died since giving their interview. That's how important it is for you to hear what they have to say.

So much heartache and loss. So much joy and redemption. So much humanity. This is the face of addiction.