Crucible of Terror: A Story of Survival Through the Nazi Storm (Paperback) 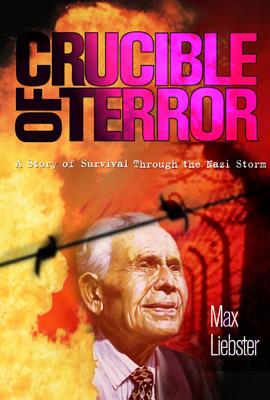 On September 11, 1939, Max Liebster, a young German Jew, learned firsthand what it meant to be an enemy of the Nazi state. After his arrest, followed by four months of solitary confinement in a Nazi prison, Liebster plummets headlong into the nightmare of the camps. Engulfed in terror and anguish, he feels himself drowning in despair when he suddenly encounters a phenomenon that restores his hope and dignity. It is a group of prisoners who wear the purple triangle. They are the Bibelforscher, or Jehovah's Witnesses"persecuted because of their religious beliefs and their absolute refusal to bend to the Nazi ideology of hate. Liebster is fascinated by the failure of the mighty SS to break the spirit of the purple triangles, despite torture and even executions. As Liebster totters between death and life, between despair and hope, the purple triangles help him to carry on.

Max Liebster was born in 1915 in Reichenbach (Hessen), Germany. After he was freed from the Buchenwald concentration camp, Liebster immigrated to the United States, where he lived from 1947-1956. In September 1956, he married Simone Arnold, who had spent nearly two years in a Nazi penitentiary home because she belonged to the banned community of Jehovah's Witnesses. Since 1994 the Liebsters have traveled extensively throughout Europe and North America, lecturing at schools, universities, and public events about their experiences. In 2002 the Liebsters established the Arnold-Liebster Foundation to foster education about the Holocaust, human rights, and the lessons of history.