Denial of the Denial, or the Battle of Auschwitz: Debates about the Demography and Geopolitics of the Holocaust (Hardcover) 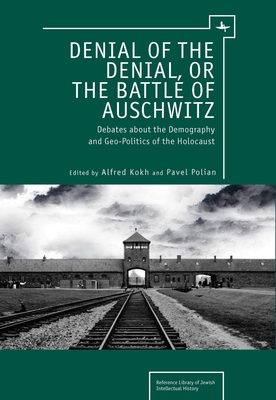 Over the decades, the Holocaust has remained a critical issue both historically and politically. This is due to the modernization of anti-Semitism in the West, where accusations of ritual murder have long been pass and claims that the Holocaust was a hoax are de rigueur, and to the government sanctions of anti-Semitism in the East in countries such as Iran. The purely scholarly problem of determining the number of victims, like other aspects of demography related to the Holocaust, have suddenly become closely embroiled in geopolitics and the phenomenon of Holocaust denial, which is now a context that has been forced upon it. This book is imbued with these connections and interrelationships. Avraham, Wolfgang Benz, Sergio Della Pergola, Mark Kupovetsky, Dieter Pohl, Aron Shneer, and the editors contribute their voices to the topic.

Pavel Polian (PhD Moscow University) is a geographer, historian and literary scholar (publishing under the pseudonym Pavel Nerler). His interests range from the history of forced migration and Jewish immigration and emigration to the history of captivity during the Second World War and the history of the Holocaust. Polian graduated from the faculty of geography of Moscow University, where he later defended two dissertations (1980 and 1998) and where he has been a professor since 2008. He is also a researcher at the University of Freiburg, Germany. Polian is the author of Victims of Two Dictatorships: Life, Labor, Humiliation and Death of Soviet War Prisoners and Ostarbeiters Abroad and in Their Motherland (1996), Deportiert nach Hause (2001), Against their Will: the History and Geography of Forced Migrations in the USSR (2003) and many others.