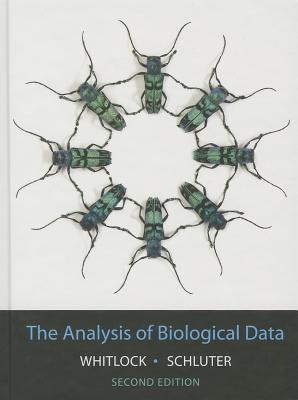 Michael Whitlock is an evolutionary biologist and population geneticist. He is a professor of zoology at the University of British Columbia, where he has taught statistics to biology students since 1995. Whitlock is known for his work on the spatial structure of biological populations, genetic drift, and the genetics of adaptation. He has worked with fungus beetles, rhinos, and fruit flies; mathematical theory; and statistical genetics. He is a fellow of the American Academy of Arts and Sciences and a fellow of the American Association for the Advancement of Science. He is also the former editor-in-chief of The American Naturalist.

Dolph Schluter is professor and Canada Research Chair in the zoology department and Biodiversity Research Center at the University of British Columbia. He currently teaches evolutionary ecology as well as a graduate course in biological data analysis. Schluter is known for his research on adaptive radiation—the evolution of ecological diversity in groups of organisms that are multiplying rapidly—and on the evolution of major biodiversity gradients. His initial studies were carried out on Darwin’s finches in the Galápagos Islands, followed by work on seed-eating birds in other parts of the world. Recently he has carried out studies of competition, adaptation, and the origin of species in threespine stickleback inhabiting lakes of coastal British Columbia, Canada, and the genetic basis of species differences. He is a fellow of the Royal Society of London and the Royal Society of Canada and is a Foreign Member of the American Academy of Arts and Sciences. He has received multiple honors including the Guggenheim Fellowship, The Sewall Wright Award from the American Society of Naturalists, the Killam Fellowship from the Canada Council, and the Darwin-Wallace Medal from the Linnean Society of London. He is a past president of the Society for the Study of Evolution and the American Society of Naturalists. His other books include The Ecology of Adaptive Radiation (2000).