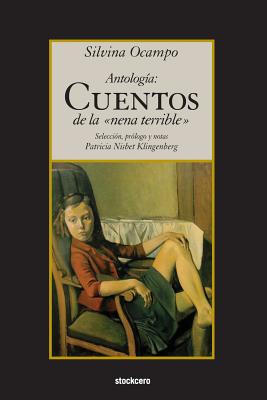 Silvina Ocampo (1903-93), author of seven volumes of poetry and more than three hundred short stories, was a member of Argentina's Sur generation, the extraordinary group of writers who initiated Latin America's literary boom. Like her most distinguished contemporary, Jorge Luis Borges, Silvina Ocampo is known for her interest in the supernatural. In contrast to Borges, however, her characters are frequently women or little girls who challenge notions of female propriety at every turn. Ocampo's stories often portray a world of every-day banality in which violence, sexual transgression, and hints of the supernatural combine to question the reader's expectations of female power, freedom and creativity. The selections in this volume trace the female characters of Ocampo's stories from the entirety of her literary production. They are arranged in chronological order so that the evolution of her style is visible. One can perceive, for instance, that her early interest in surrealism returns later in her life. The uncanny sense that there is something going on beneath the surface of her narratives is a characteristic of all of them. Silvina Ocampo has for too long been a kind of insider secret for the literati of her generation. She deserves to be more widely understood as a significant contributor to the innovations of her circle, that of Borges, Bioy Casares, Jos Bianco and Julio Cortazar. She also deserves to take her place among the more famous Latin American women writers of her day, Mar a Luisa Bombal (Chile), Armonia Somers (Uruguay), Rosario Castellanos, Elena Garro (Mexico) and Clarice Lispector (Brazil). She is clearly one of the twentieth century's most original voices.