History of the Aghuans: Book 1 (Hardcover) 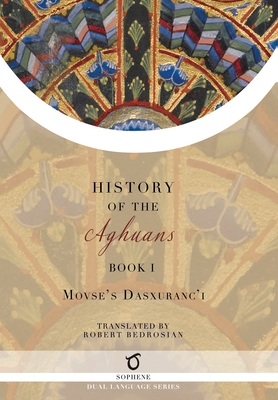 This History is the sole-surviving written account of a culture now extinct. It is the only literary artifact which describes events of note from the socio-economic, ecclesiastical, political, and military history of the Aghuan people. The History of the Aghuans contains a wide range of invaluable and unique historical and ethnographical information, from an astounding description of a pagan cult's ritual, to the Christian cult of relics, from the Aghuan king at table, to a description of the royal court on the move, from descriptions of Sasanian history (including presents, dress, and court protocols) to a priceless interview with a Khazar Qaqan. Indeed, the History is a primary, but under-utilized, source for the history of the Turkic Khazar kingdom (7-10th centuries). Additionally, it provides otherwise unknown information on Caucasian tribes and peoples, resident and nomadic, and supplements and enhances our information on Aghuania's neighbors.

The Sophene Dual Language series places the original Armenian text side-by-side with its English translation, making for the most accessible editions of the finest works of Armenian literature.