Lecretia's Choice: A Story of Love, Death and the Law (Paperback) 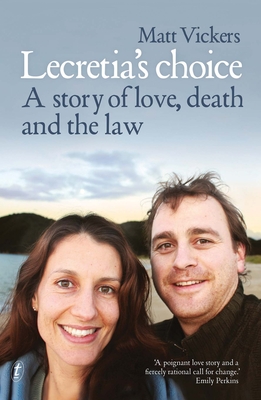 "Matt Vickers asserts 'stories are the most powerful force in the universe.' This is the story of his wife, Lecretia, and her extraordinary advocacy in the face of ordinary tragedy. It will help change the world."--Barbara Coombs Lee, President of Compassion and Choices USA

A successful young lawyer in Wellington, New South Wales, Lecretia Seales met and fell in love with Matt Vickers in 2003. In Lecretia's Choice, Matt tells the story of their life together, and how it changed when his proud, fiercely independent wife was diagnosed with a brain tumor and forced to confront her own mortality.

The death she faced--slow, painful, dependent--was completely at odds with how she had lived her life. Lecretia wanted to die with dignity, to be able to say goodbye well, and not to suffer unnecessarily--but the law denied her that choice. With her characteristic spirit, she decided to mount a challenge in New Zealand's High Court, but as the battle raged, Lecretia's strength faded. She died on June 5, 2015, at the age of forty-two, the day after her family learned that the court had ruled against her.

Lecretia's Choice is not only a moving love story but compulsory reading for everyone who cares about the dignity we afford terminally ill people who want to die on their own terms.

Matt Vickers: In 2015 Matt Vickers supported his wife, Lecretia Seales, in her campaign to gain the right to choose how she died. Lecretia's Choice is his first book.