The Covers Are Off: Civil War at Lord's (Hardcover) 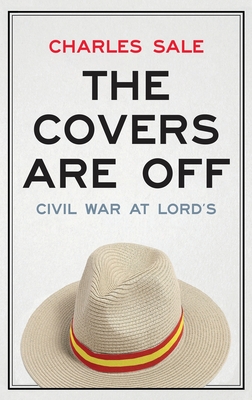 This is the inside story of a 20-year Civil War inside the Marylebone Cricket Club (MCC) over the future of Lord's Cricket Ground, the home of cricket, a bastion of tradition, and the home of the club itself most of whose 18,000 members have been kept in the dark throughout.

On the one side is the MCC establishment, the epitome of a self-perpetuating old boy network but with a global brand name . On the other is a formidable self-made property developer Charles Rifkind who wanted to change the face of Lord's and had the blueprint to do so.

As Matthew Engel, former editor of Wisden writes in his Foreword to the book: 'MCC is a most unusual club, trying to balance its three roles: guarding cricket's soul, operating the game's most revered venue and acting for the benefit of its members. It was founded before Britain became a proper democracy and has never quite come to terms with the concept. Sir John Major, who as prime minister had to negotiate the Maastricht Treaty, walked out shaking his head when he got involved in Lord's politics.'

It is a saga that saw MCC's great and good taking sides in an increasingly acrimonious conflict played out in furious debates behind the closed Grace Gates.

There are captains of finance and industry and a stellar 'A' list of lawyers, architects, property consultants and developers . Plus the embattled Lord's secretariat and dedicated activists and agitators amongst the MCC membership.

An epic struggle between the guardians of 234 years of tradition at Lord's and a new order intent on change is told through documents, minutes and primary sources that delve under the covers of Lord's, MCC and the British Establishment like never before.