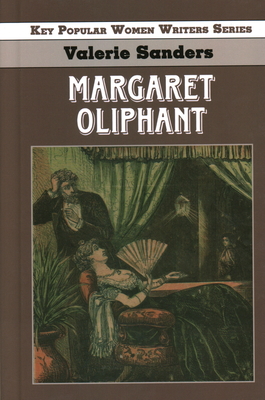 This concise new book provides close readings of both canonical and less familiar novels and articles by the novelist Margaret Oliphant (1828-97). They show how she maintained a spirited dialogue with her age, confronting its ingrained prejudices, while reinforcing some of them herself. / A prolific novelist, auto/biographer, and periodical writer, Mrs. Oliphant was also a highly contradictory figure. Not just for her apparently anti-feminist standpoint on many issues, but also for her disparaging dismissal of the 'sensation' novel of the 1860s, while freely adopting some of its features in her own writing (including supernatural tales). / This study argues that Oliphant's outlook on nineteenth-century culture was both provocative and unpredictable. Her best novels are witty, acerbic, and deeply ironic as she dismantles the sacred assumptions of the Victorian middle classes, and updates her chronicles of judgemental communities to tackle the extremes of idealism and inertia. / Oliphant was a keen observer of dysfunctional families, male professionals, and religious snobbery. She notices bodies and clothes, the touch of hands, unflattering complexions, loud colours, and limp muslins. Her widows refuse to retire into the shadows, while her men are notoriously inept and lethargic. This thorough reappraisal of the most controversial areas of her writing draws on fresh critical approaches, from clothes history to theories of embodied subjectivity, as well as the rich field of journalism studies. / Contents provisional]: Ch.1. Margaret Oliphant: 'One of those difficult cases for criticism'; Ch.2, 'General utility woman' or Critic of the Age?; Ch.3. Mothers, Daughters, Wives, Widows; Ch. 4. Mrs Oliphant's Clothes and Bodies; Ch.5. 'Only a Man' Oliphant's Masculinities; Ch.6. The Sensational and Supernatural; Ch.7. Conclusion.

Valerie Sanders is Professor of English at the University of Hull. Her interest in Margaret Oliphant began with Eve's Renegades: Victorian Anti-Feminist Women Novelists (Macmillan,1996), and she has since contributed four edited volumes to the Pickering and Chatto Masters project, Selected Works of Margaret Oliphant, including a scholarly edition of Hester (1883). Other edited work includes two volumes of Records of Girlhood (Ashgate, 2000 and 2012), anthologies of nineteenth-century women's childhoods, and she has also published widely on Harriet Martineau, most recently a co-edited essay collection, with Gaby Weiner, Harriet Martineau and the Birth of Disciplines (Routledge, 2016). Her monographs include The Brother-Sister Culture in Nineteenth-Century Literature: From Austen to Woolf (Palgrave Macmillan, 2002), and The Tragi-Comedy of Victorian Fatherhood (CUP, 2009).