Catching the Worm: Towards Ending River Blindness, and Reflections on My Life (Hardcover) 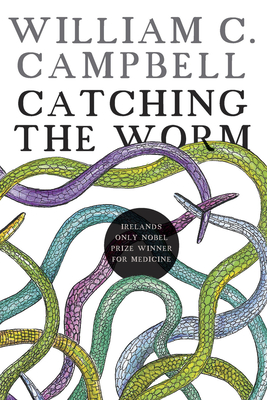 In 2015, Dr William C. Campbell's quiet retirement changed abruptly when, at the age of 85, he won a Nobel Prize in Physiology or Medicine. In Catching The Worm - A Memoir, Campbell recalls his early life in Donegal and studying zoology in Trinity College Dublin, then moving to the United States to work as a parasitologist. While working with the company Merck, he helped to discover several drugs to control parasitic worms. One of those drugs, ivermectin, has spared millions of people from the devastating effects of river blindness. Through his memoir, Campbell provides a snapshot of growing up in Ireland before and during World War II, as well as insights into science, the arts, teaching, family and what really matters in life.

Dr William C. Campbell is a biologist and Nobel laureate. From Ramelton, County Donegal, Ireland, he played roles in the discovery and development of several new treatments against parasitic worms. In 2002, he was elected to the US National Academy of Sciences and in 2015, he shared one half of the Nobel Prize in Physiology or Medicine with Professor Satoshi Omura 'for their discoveries concerning a novel therapy against infections caused by roundworm parasites'. Dr Claire O'Connell is a scientist-turned-writer. From Dublin, Ireland, she studied science at University College Dublin, graduating in 1998 with a PhD in cell biology. She also holds a Master's in Science Communication from Dublin City University. Since 2005, she has written extensively for Silicon Republic and for The Irish Times. In 2016, she was named Irish Science Writer of the Year. She is an Adjunct Professor at UCD School of Biomolecular and Biomedical Science.