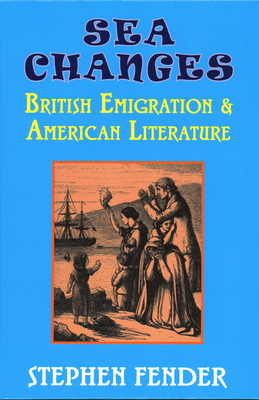 This acclaimed landmark work - in this substantially revised second edition - is a key study of the American cultural experience. It examines the formation of an American personal and national identity through the experience of emigration. It asks what was the 'American difference', and what constitutes the American character. It explores in detail the crucial influence of emigration from Europe. It explores American readiness to change, to break with the past, and its faith in future possibilities. Every one of these supposed qualities is traced by Professor Fender to the psychology of emigration. As a new nation, America had to create and define itself. As the rebellious child of a distant but powerful parent America had to struggle against a metropolitan center with which it shared a language and a legal system, but it strenuously defined itself differently. This work is about the power of American ideology and how it unlocked the creative potential in the lives and writings for 'ordinary' people. It is a work like no other. It says much that is original on writers such as Cooper, Jefferson, Thoreau, Hawthorne, Dreiser and Will Cather, among others. Professor Fender has also examined many accounts of ordinary people through diaries, letters and contemporary documents. The book examines how innovations in structures of life, government and writing entailed key cultural themes. It argues that the rhetoric in which emigration was promoted, defended and attacked became the exhilarations and the anxieties of the American difference. American literature thus returns repeatedly to narratives of captivity, adolescence and initiation as shown in its distinctive literary forms.

Stephen Fender was born in San Francisco, he has taught at Santa Clara, Williams, Dartmouth, Edinburgh, University College, London, and Sussex, where he was Professor and Chair of American Studies 1985-2001. He is now Honorary Professor of English at University College, London. His other books include a study of the rhetoric of the California gold rush, Plotting the Golden West: American Literature and the Rhetoric of the California Trail (1982); Nature, Class, and New Deal Literature: The Country Poor in the Great Depression (2011), about how the American country poor got treated in the novels, documentary photographs and bureaucratic prose of the New Deal liberals. His most recent book, The Great America Speech: Words and Monuments (2015), explores how certain speeches -monumental in American culture as well as in the physical monuments in Washington, D.C. - have formed a discourse of American identity that runs counter to the better known American dream of free enterprise and every man for himself. He has also written The American Long Poem (1977); 50 Facts that Should Change the USA (2008); and with John Sutherland, Love, Sex, Death and Words: Surprising Tales From a Year in Literature (2011).