The Photographs of Joan Leigh Fermor: Artist and Lover (Hardcover) 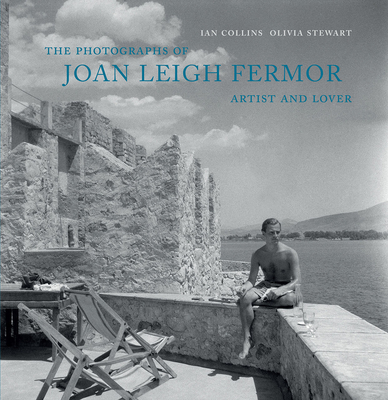 By Ian Collins, Olivia Stewart
Email or call for price.
Not Currently Available Through Reach and Teach

The past decade has seen a well-deserved revival of interest in the books of travel writer Patrick Leigh Fermor. Now it’s time that his wife, Joan Leigh Fermor (1912–2003), gets her due—as one of the greatest photographers of her generation.
In her lifetime, Leigh Fermor was hailed—and hired—by John Betjemen and Cyril Connelly, and she was recognized as a powerful recorder of the London Blitz. But the true scale of her achievement was only realized after her death, when a treasure trove of photographs was discovered documenting the landscape and culture of Greece between 1945 and 1960. Through Leigh Fermor’s fundamentally democratic lens, we meet Cretan shepherds, Meteoran monastics, and Macedonian bear tamers. She brings the same intimate eye to architecture, while showing just as much facility in the panoramas of landscape—all clearly animated by a love of Greece. This book, drawn from a collection of five thousand images held by the National Library of Scotland, offers our first chance to see Leigh Fermor for what she was: a twentieth-century master.

Olivia Stewart was a close friend of Joan and Patrick Leigh Fermor. Ian Collins is an art writer and curator.

"The photographs are carefully composed and simply beautiful. In a pre-digital age, she clearly didn't waste a frame. . . . Joan was muse not only to Paddy, but to many others including Giacometti, Balthus and novelist Lawrence Durrell. (Her blonde hair, cut short, led Durrell to refer to her as the ‘Corn Goddess.’) In their separate ways, Paddy and Joan both cast a spell.”
— CNN

"The photographs of Joan Leigh Fermor’s Greek life unsurprisingly betray the gaze of the traveller, the scholar and the artist: bacchanalian dance figures meet architectural views and dramatic light-shade effects. Her compositions depart from the sublime arrangements of Frédéric Boissonnas and are rarely stylised like Henri Cartier-Bresson’s ‘decisive instants.' All too often the frame is close and the subject matters are approached with familiarity and sympathy, especially if they are human. Life bursts through the cracks of Leigh Fermor’s tableaux vivants; gestures and facial expressions allow connections to be intimated, stories to be deciphered. The visual meets the narrative and a smile lurks behind the camera’s click."
— George Manganis | Academic Director, Benaki Museum, Athens

Joan Leigh Fermor’s photogrpahs illustrated three early travel books by her future husband from her future husband, Patrick Leigh Fermor… Subsequent editions have omitted them… The Photographs of Joan Leigh Fermor, by Ian Collins and Olivia Stewart, with a long biographical essay apparently penned by both hands, goes some way to correcting this omission. The editors… depend on photographs from the Leigh Fermor’s archives at the National Library of Scotland. Subject matter ranges from London in the Blitz to the building of the couple’s celebrated house near Kardamyli, on the southern coast of the Peloponnese, in the 1960s. Almost all Joan’s pictures are engaging.