In the Eighties: Portraits from Another Time (Hardcover) 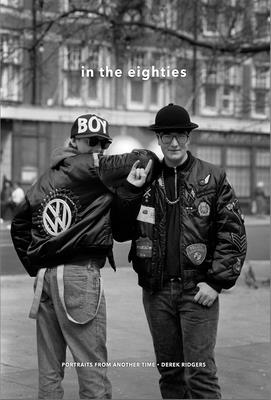 By Derek Ridgers (Photographer)
$39.95
Email or call for price.

'It was the best of times it was the worst of times.' Maligned, misunderstood and fetishized the 1980's stands as the decade when post-modern life began in the west, and London was at the epicenter of this shift. An explosion of creativity took place against a backdrop of radical social change. London became a city of tribes. The vast youth culture categories of the preceding decades shattered into shards. It was the decade that sub-culture as a way of life reached it's zenith before giving way to it's inevitable scene surfing conclusion. Ridgers documented this cultural moment obsessively. Punks, post-punks, cyber-punks, gothic punks, mods, hard mods, Trojan skins, racist skins, ska, reggae, dub, early electronica, synth pop, acid house, happy hardcore, Blitz Kids, New Romantics, Hip-Hop, Rap, Electro, Break Beat, Techno, Rave - these were all sub-cultural spaces with scenes attached in London in the 1980's. Unlike now, subcultures in the 1980's were not casual playthings - they were a way of life for their participants. They inspired profound loyalty. They were a beautiful a doomed flowering of the hope for a better world. Derek Ridger's exquisite street portrait photography has captured this creative decade beautifully.