Writing the Afro-Hispanic: Essays on Africa and Africans in the Spanish Caribbean (Large Print / Hardcover) 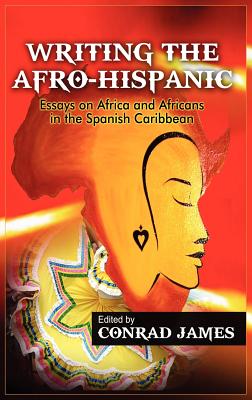 The impact of the African Diaspora in Spanish America is far greater than is understood or acknowledged in the English speaking world. Connected initially to the Spanish-Caribbean through trans-Atlantic slavery, Africa is so deeply ingrained in the biology and culture of these countries that, in the words of the Cuban poet Nicol's Guill n, it would require the work of a 'miniaturist to disentangle that hieroglyph.' Through complex explorations of narratives of Spanish Blacks in the Caribbean this collection of essays builds critically on mid and late twentieth century Afro-Hispanist scholarship and thereby amplifies the terms in which Africans in the Americas are generally discussed. Each of these essays deals with a pivotal aspect of the African experience in the Spanish speaking Caribbean from the period of slavery to the present day. The essays focus on Black African cultures in Cuba, Puerto Rico, the Dominican Republic as well as in the circum Caribbean areas of Mexico and Colombia. In the process they cover a vast and highly involved range of issues including abolition and the politics of anti-slavery rhetoric, African women's political activism, performance poetry and female embodiment of the Black Diaspora, the Cuban Revolution and its investment in African liberation struggles, race and intra-Caribbean migration, ritualised spirituality and African healing practices among others. Through their investigation of both official and popular cultures in the Caribbean not only do the essays in this volume show the indispensable functions of African cultural capital in the Spanish speaking Caribbean but they also underline the multiple demographic, socio-political and institutional imperatives that are at stake in considering contemporary understandings of the African Diaspora.