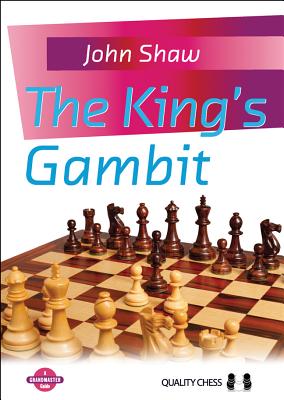 Chess had a golden era when The King's Gambit was the favorite opening of every attacking player. In the glory days of Paul Morphy it was considered almost cowardly to play anything else. Legends such as Spassky and Bronstein kept the flame burning in the 20th century, but its popularity faded as players became distrustful of White's ultra-aggressive approach. Nevertheless there are honorable exceptions whose games prove that this ancient weapon can still draw blood - Short, Nakamura and Zvjaginsev are world-class players who have used the King's Gambit successfully. In this groundbreaking work, grandmaster John Shaw shows that the ultimate Romantic chess opening remains relevant and dangerous even in the computer era.

John Shaw is a chess grandmaster who has been Scottish Champion three times. This is his most ambitious book to date, and was many years in the making.